On June 26th, AZ Local Business posted an article in regards to Carlos Reyes & the All In Entrepreneurs who launched their foundation to help those in poverty. The following below is the article that was published.

“On June 8th 2019, in Phoenix, in a room filled with nearly 400 people, one of the largest real estate conferences in the valley called All In Freedom commenced. The 2-day event taught real estate entrepreneurs who have been wanting to scale their business, how to create financial freedom for themselves.

However, it was an announcement within the event that changed the lives for those people in attendance and those who heard about what these gentleman did. As the event was coming to an end, the event hosts Carlos Reyes, Sal Shakir and Alex Saenz played a short video for everyone in attendance. The video was heartfelt and told the story of those who are less fortunate and living in poverty in the United States and in other countries. When the video ended, Sal, Carlos and Alex unveiled the launch of the Help A Friend Foundation and donated a lump sum of $30,000 to the foundation to give to those in poverty.

The 3 entrepreneurs shared the stories of their own struggle and upbringings, along with what makes this foundation so special. Carlos Reyes is a Mexican immigrant who moved to America illegally and sold his family’s food door to door in order to gain income for his family. Sal Shakir’s family escaped the war in Iraq after nearly on the bring of death a few times, to come to America, with little-to-none English speaking ability. Alex Saenz also grew up very poor, with humble beginnings.

The 3 successful real estate entrepreneurs, operate over 24 successful businesses altogether, but they all said that this foundation means the most to them.

“The help a friend foundation is about helping those who cannot help themselves. Those children and families that are struggling for survival every day and don’t have a voice or the power to fight back. We want to feed millions of families, fight for social justice and push world leaders to change policies…” said Sal Shakir.

At the event, a heartfelt Shakir ended the event by saying “out of everything we have done… I want my legacy to be this foundation and the people we will help.”

At the event, Carlos Reyes stated that they can’t do this by themselves.

“We want to help millions of families and children, but we can’t do it all on our own. Every day there are millions of people that are fighting for survival and freedom, who don’t have the strength or the voice to help themselves. If we all do our part, we can create change across the world and give those people safety, food, water and a chance to create a better life.”

Sal, Carlos and Alex all understand what it’s like to live in poverty and struggle, because they lived that life as young children. Now that they have reached a level of success, they have set their sights on making sure that no child or family will ever have to go through that pain that they went through.” 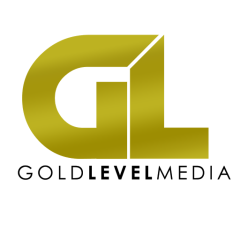 Subscribe to our Newsletter right now to be updated. We promice not to spam!